Hello loyal newsletter readers and welcome to the Q3 2016 addition.  We are pleased to report on CAR’s epic celebration held here at our plant on July 29th, 2016.  This event served two purposes, first to acknowledge 30 years of manufacturing success in upstate NY and to celebrate Charlie’s retirement from CAR which was official in December 2015.

In 1986 founder Charlie Rogers started CAR Engineering, first renting space in Pittsford, NY and then moving to our current location back in 1992.  A major addition was put on the plant in 1997 and we have been operating here ever since.  The celebration event was attended by those who have made our business possible- our employees, customers, vendors, and friends.  We had a 25 foot water slide, live band, bounce house, shop tours, full BBQ dinner, ice cream truck, and a great speech by Charlie.  In the speech he made special mention of his brother-in-law, Steve Marra (CFO-retired) for his critical support in the early days of the company.  The event was featured on local channel 13 news as their “bright spot” to view the clip please click here.  Pictures from the event below, enjoy and thanks to all that came to celebrate with us! 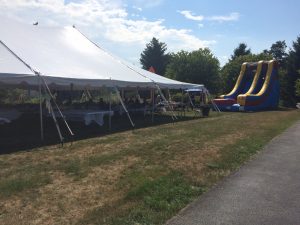 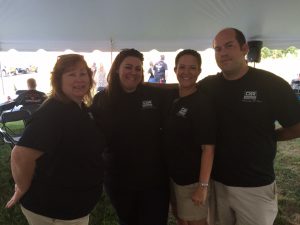 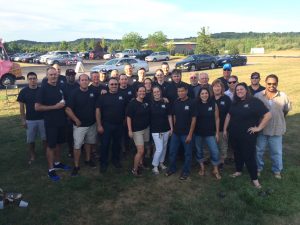 “Making Parts and Breaking Hearts since 1986” 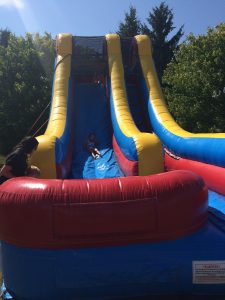 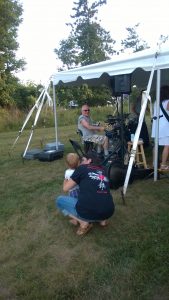 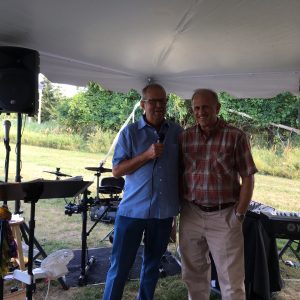 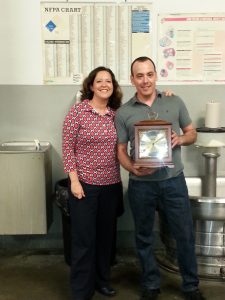 Congratulations to Tool Room Supervisor Todd Guarino for achieving 10 years of service at CAR Engineering.  Todd began his career at CAR back in June 2006, as a tool and die maker.  Showing great leadership as well as strong technical ability, Todd was promoted to Tool Room Supervisor in 2009.  In 2011 an office position opened up and Todd was again promoted.  Todd still oversees the tool room, including new die builds and maintenance of our existing dies.  However he now works under Milt Cummings and assists Milt with quotes and new tool designs.  When not at CAR Todd enjoys living in downtown Rochester and competitive running.  As per the company tradition, Todd was honored at the June employee meeting and received a lovely mantel clock. 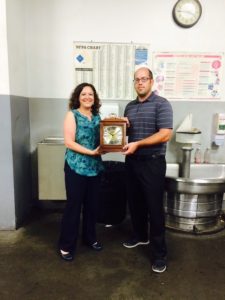 Yvette gets clock at July meeting

Yvette Pagano followed Todd at at the July employee meeting when she hit her 10 year milestone.  Yvette is the daughter of founder Charlie Rogers and returned to her hometown of Rochester, NY to work in the family business back in 2006.

After stints as the sales and marketing manager, VP Operations and President, she closed the deal with her dad in Dec. 2015 and became the CEO/Owner.  It is amazing how fast 10 years goes and Yvette is very proud to be a 2nd generation owner building on the success of her father.  Yvette received her clock at the July meeting which was presented to her by President Brian Rumsey. 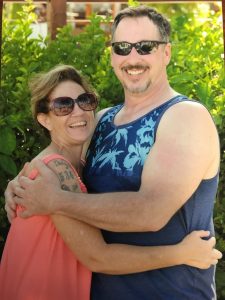 Mr. and Mrs. Secora in Jamaica

Wedding bells for Tool and Die Maker Paul Secora and his new bride Maria (Gokey) Secora.  The couple had their wedding ceremony at Sandals Resort in Jamaica back in April 2016.  They were married on a gazebo overlooking the ocean with just two close friends to witness the happy occasion.  This also doubled as the couple’s honeymoon and they were in Jamaica for 10 days total.

The couple hosted a celebration party back in the USA on July 16th at the VFW in Shortsville, NY.  The party was attended by 100 guests and had delicious food and a rocking DJ.  The most important guest was Maria’s 12 year old son, Jacob Laboy.  Paul, Maria, and Jacob have been living as a family unit for several years now, but having the wedding and local celebration makes it official.  Warmest congratulations to this great trio. 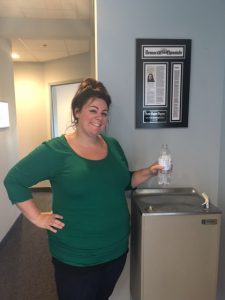 Baby watch!  Congratulations to CAR administrative assistant Jenna Hildebrandt who thanks to the power of CAR’s magic fertility water is expecting her first baby in January.  Loyal newsletter readers may recall the feature story on Jenna and her husband Scott’s wedding which took place in Jan. 2016.  Jenna plans to enjoy her maternity leave in Jan. and then return back to work.  Do you want to know the sex of this baby???…well then click on the video below to view the gender reveal party.

Jenna is accepting suggestions on the baby’s name, but try to keep suggestions to one syllable only- Hildebrandt is long enough.