Thank you for taking the time to check out our Q2 newsletter.  I am happy to report that things continue to go well for CAR Engineering and Manufacturing.  Reflecting on the 1st quarter, CAR is up over 30% in sales compared to Q1 of 2011.  Like all other contract machine shops we have our ebbs and flows but overall have experienced nice growth.  We hope this pace continues and if so CAR could set an all time sales record for 2012.

Don’t forget that CAR not only manufactures parts to prints supplied by our customers but also offers design services.  If you have an OEM part that is costly and time consuming to replace, consider sending it our way.  We can reverse engineer parts and design prints using our SolidWorks software.  Often the “CAR” brand part is less expensive to manufacture, has a shorter lead-time, and we can even improve on an existing design resulting in improved functionality.  To learn more about reverse engineering we have done in the past or to set up an appointment for CAR to view some design ideas-please contact Yvette Pagano.

CAR sends its warmest congratulations to CNC employee Steve Cheesman who recently graduated from the NYS apprenticeship program with a concentration in CNC machining.  Steve is now a journeyman toolmaker and should receive his completion certificate from Albany within a few weeks.

Steve began his career at CAR in March of 2008.  He has risen fast in the CNC milling department and is now one of our key personnel.  Loyal newsletter readers may recall another feature article written on Steve, as he was the 1st parent to kick off the new baby girl phenomena when his daughter Hailey Jean was born in Aug. 2010.  Steve resides in Canandaigua with his daughter Hailey, son Gavin and girlfriend Jessica.  Congratulations Steve on this milestone career achievement! 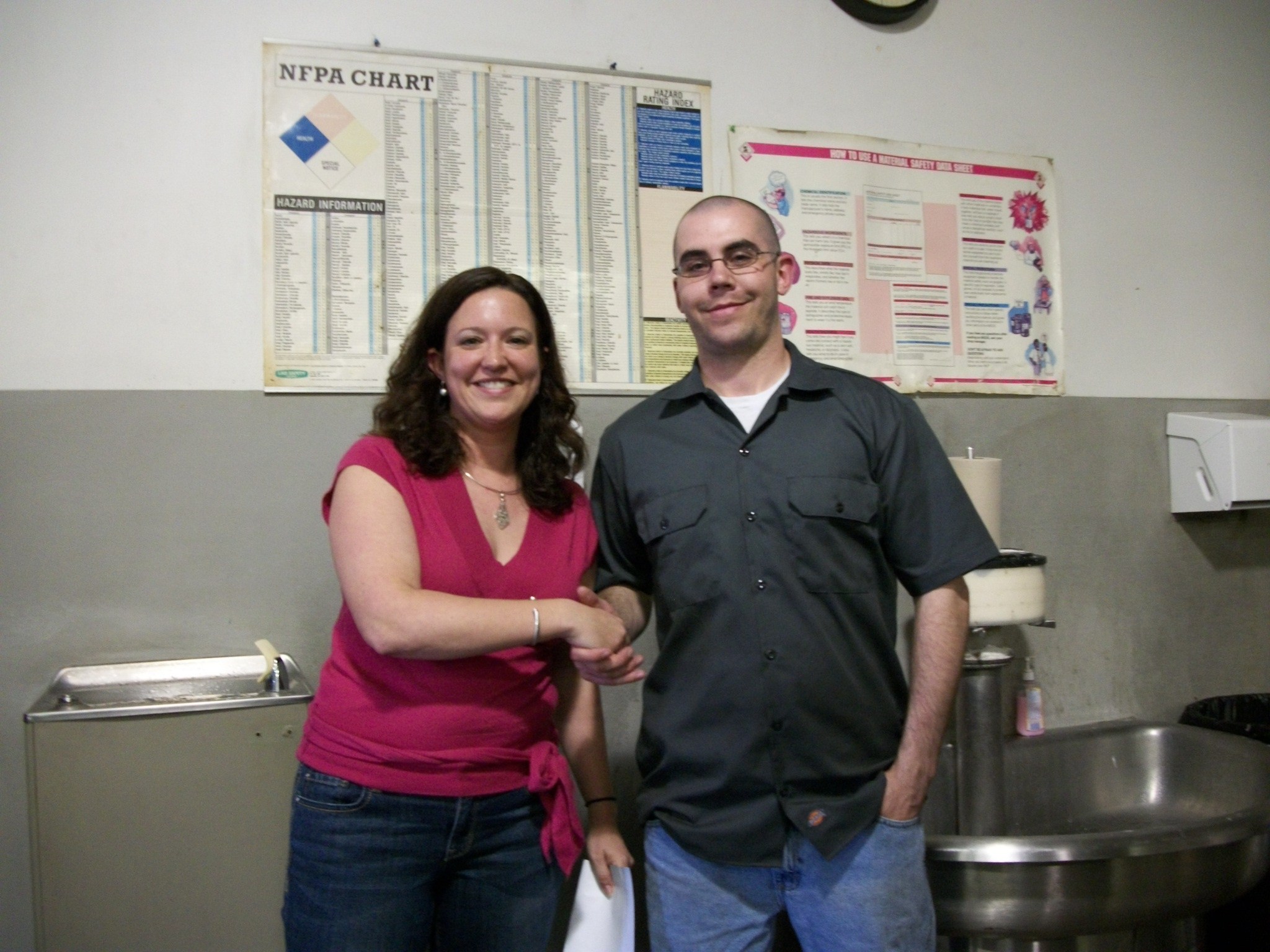 Updates To The Leadership Team Page

CAR has added two new bios to our leadership team page.  First is Todd Guarino.  Todd has worked for CAR for over 5 years, starting in June of 2006.  He began his career in our tool room as a die maker.  After several years he assumed the role of Tool Room Supervisor.  Todd was promoted again last summer to Die Designer and Estimator.  Todd works closely with Milt Cummings- designing new dies, troubleshooting on existing projects, sending out quotes, and working with the stampings staff.  Todd continues to head up the tool room spending about half his time in his new office and half his time working out on the floor.

Also recently added is office manager Cheryl Hixon.  No doubt loyal newsletter readers have called into CAR’s offices and heard Cheryl’s friendly voice. Cheryl was hired in Oct. 2010 as a part time office assistant.  She quickly proved herself to be an invaluable member of the CAR team and after a year of employment CAR was begging her to go full time.  She agreed and her duties have expanded exponentially.  It is hard to list everything Cheryl does but she is involved with customer service, accounting, receiving, quotations, invoicing, and all things office related.

One of the biggest issues facing manufactures today is the lack of skilled workers in the marketplace.  Anytime CAR is given an opportunity to inform young people about a career in machining we take it.  CAR has been featured numerous times at career fairs through MCC.  This was CAR’s first time going directly to a high school.  The Norman Howard School (NHS) is an independent, state approved, day school for students with learning disabilities.  Yvette Pagano met with kids grades 5-12 and explained all the different career paths- from engineer to machine operator.  While it was tough being located near the Veterinarian who drew large crowds with their live puppies, the CAR booth still generated significant interest. 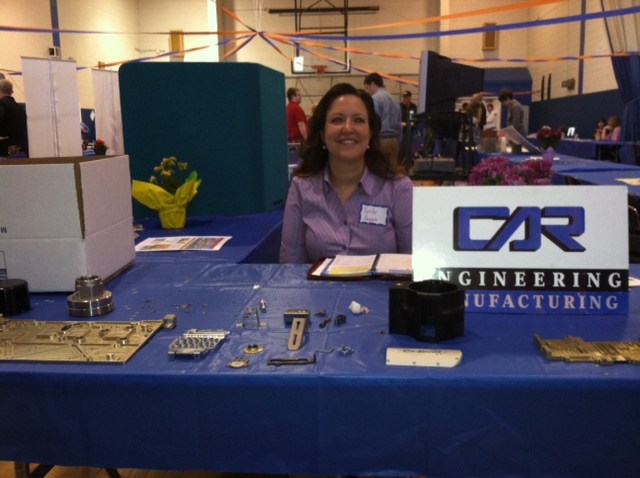 Yvette works the booth at the career fair